A snowy and cold Friday Morning:

Welcome to my first blog post of many. I don't have a specific issue I'm going to talk about but the premise is personal, social and even political issues. That being said, for my first entry, I'm going to write what is presently happening with flashbacks that should bring anyone who reads this up to speed.

Today is the release of Episode 9 of my internet Web Series titles, The Other Side of Brooklyn. I have two partners, Danard Wilson and Duke the great one. Together we make up 11206 Productions, which is a film production company we formed together. This project was birthed on the corner of Prince Street and Myrtle Avenue where I met up with my first partner Danard Wilson. We've known each other over 25 years and happened upon each other when another friend of ours, D Nice pulled my coat that he was home from prison. We linked up and I found out that he was into filming and I am author who always wanted to see one of my stories on the silver screen. We talked on that corner and came up with the idea of doing a short film since we were just beginners before diving into a major project. We came up with a dope ass short film that would show his camera and editing skills and would show my screenwriting and directing skills. We came up with the story line that night and it was written. He found our leading lady, Kazmira Cintron and our leading male character, Melvin "Duke" Smith. D Nice was cast along with my childhood homie Detail and we started shooting in early July 2015. While we were shooting the film, Duke suggested lengthening the project and we discussed the possibility then he came in as a partner once we decided to turn the short into a 12 episode internet web series. We dived in, three men inexperienced in the film industry but armed with skills that once gelled together, would prove an asset in our journey in film making. Danard has a background in photography and is a published author, Duke has a background in music production and has his own music label and me, Brooklyn June is a published author of over 18 books with over 100,000 sold digitally and over 50,000 sold in paperback. We used our individual skills to cast, direct, market, promote, produce one of the best urban web series seen on YouTube to date. While shooting our project we encountered many adversities that derailed and slowed down production. We dealt with lost footage, audio and visual issues, scheduling, music placement, editing issues among a litany of other factors that tested our resolve. Although there are many urban web series on YouTube, we are not in competition but we are competing for recognition. We have a solid and unique story line with a full cast of over 15 characters who all have their own story within the story. Each episode contains all the elements to make a good story great, romance, family drama, suspense, action, and violence with a plot that thickens like Italian pasta sauce. The Other Side of Brooklyn gives viewers a distinct and exciting look into the life of a young woman who is the daughter of a kingpin and detests the life. She searches for love in the wrong men and then experiences a tragedy that forces her to make choice in a life she was trying to escape. Check out our episodes and leave a comment so we know you came by. This web series, this project is our first attempt but not our best effort and I invite you to watch and be your own judge...enjoy and subscribe to our channel. More to come...

Until my next post...enjoy the first episode. 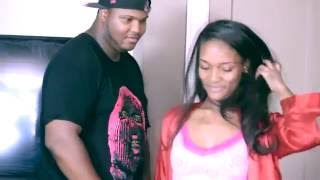